Medical Faculty at the newly-opened university 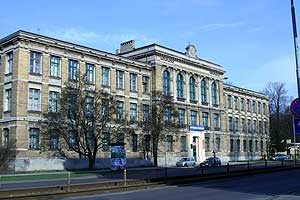 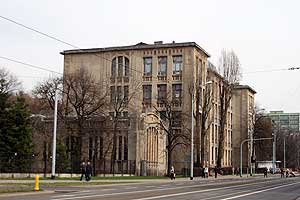 Until the year 1949, Professor Eugeniusz Wilczkowski and Professor Jerzy Jakubowski were Vice-Rectors; Professor Janusz Sobański and Professor Stefan Bagiński were Deans of the Faculty of Medicine, Professor Franciszek Zwierzchowski was the Dean of the Faculty of Dentistry, and Professor Jan Muszyński was the Dean of the Faculty of Pharmacy. In the first months after the establishment of the University of Lodz, chairs, departments, and laboratories necessary for the functioning of the faculties were organised, the first ones being the Department of Normal Anatomy, the Department of Histology, the Department of General and Physiological Chemistry, the Department of Pathological Anatomy, and the Department of Bacteriology. The university scientific staff was made up of scientists from Lodz, experienced academic researchers from the Eastern borderlands of the Second Republic of Poland as well as some from abroad. They all were very enthusiastic, skilful, possessed creative ideas, and soon got started with their research. Teaching was performed in poor space conditions: lectures were delivered in the theatre at Traugutta St., the hall of the Municipal Council at Pomorska St., or day rooms of factories and private pharmacies.